My interdisciplinary team of UC Davis students went through a UX process to come up with a redesign for the University Writing Program’s website. The old site’s bad user experience has been a source of frustration for UC Davis students and faculty, so university administrators asked us to explore solutions to the site's problems. We conducted user research and used UC Davis style guides to inform our redesign, and validated our work using a final prototype, which we would present to a group of university stakeholders.

About 30,000 UCD undergraduate students are dealing with poor UX.

The UC Davis University Writing Program (UWP) website is one of the most visited university websites. The site has a lot of different users, but is especially relevant to the 30,000+ undergraduate student population that must use the site at some point in their academic career as it contains information about graduation requirements. Unfortunately, as you will see in the "Personas" section of this case study, users find the site unappealing and are often unable to find the information that they need. As a result, both students and faculty are frustrated with the poor web experience. Here is the site's current interface:

Using this as an opportunity to get students to step in.

There is only one person who works on the website in the UWP department, and unfortunately, he has been unable to redesign it so far. University administrators, who manage department operation, still want to explore improving the user experience:

My student team was tasked with gathering data about the site’s users, and came up with mockups to explore what a redesigned site might look like.

To begin, my team wanted to understand the specific issues that people have with the website.

Picking the most effecient user reseach method given our limited resources.

We chose to use a survey to discover what the different user segments are. We deliberated on whether an online or an in-person survey was more appropriate.

The online survey seemed to be the better choice given our 8-week timeline, so we posted the survey on various faculty and student groups on Facebook. In total, we got 77 responses and we randomly rewarded 3 lucky participants with Starbucks gift cards!

Through the survey we gained an understanding of who was using the site, and what they were using it for. Here is some meaningful data that we gathered:

Who Are Our Users?

Identifying 5 user types by narrowing down the survey data.

Since it would be impossible for our team to design for every type of user, from our survey, we singled out 5 user groups, each with a specific justification:

Talking to users to investigate their goals and pain points.

To get more understand what these users’ goals and pain points on the site were, we conducted more in-depth interviews where we would walk through the website with 5 people from each user group.

The during the interviews we performed a contextual inquity (or walkthrough) of the website with our interviewees to observe how they used the site and what information they wanted to access. We also asked them both preestablished and followup questions about their goals and habits as users.

Based off of those interviews, we were able to create personas (who are fictional people with motivations and oppinions that average those of the people interviewed). 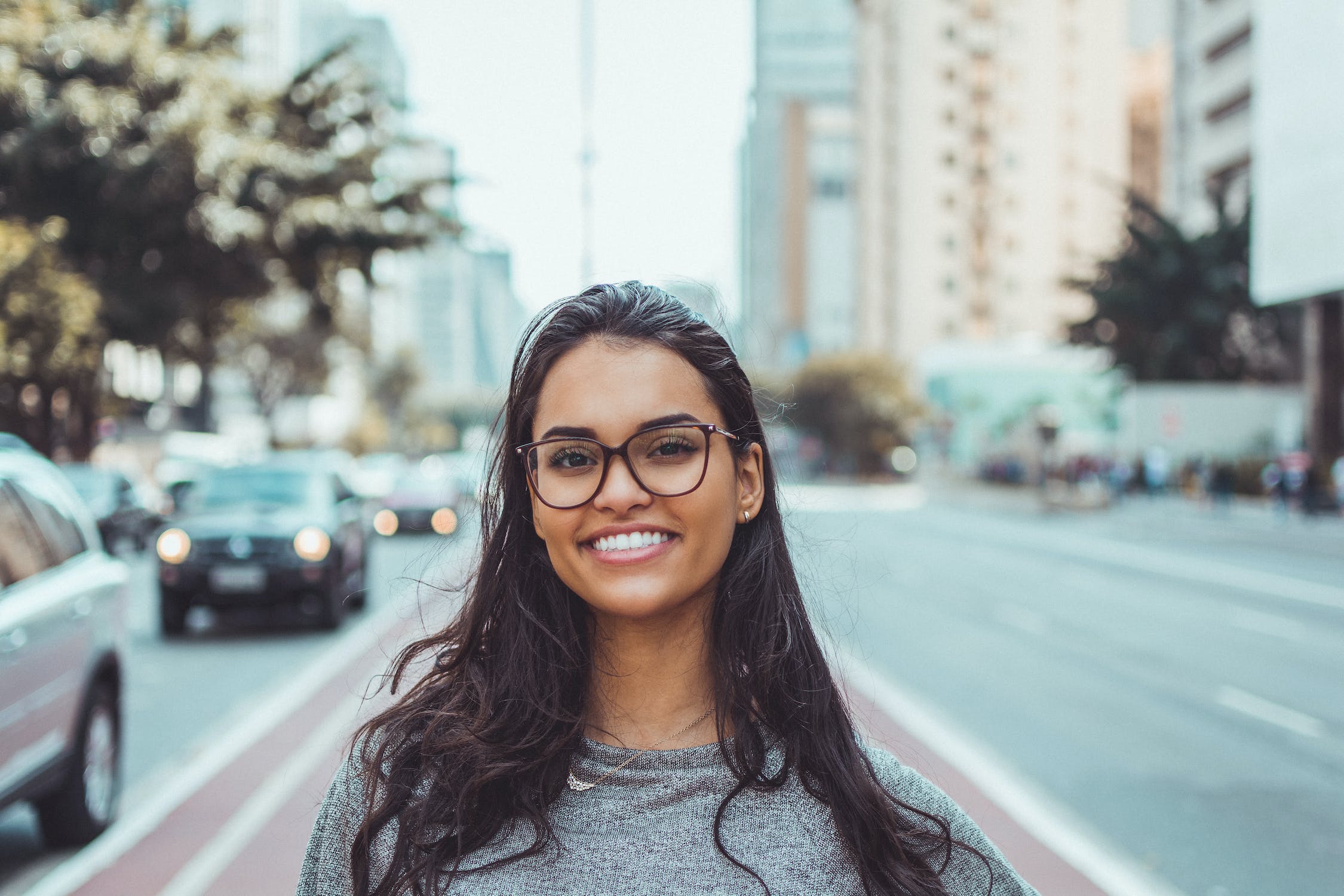 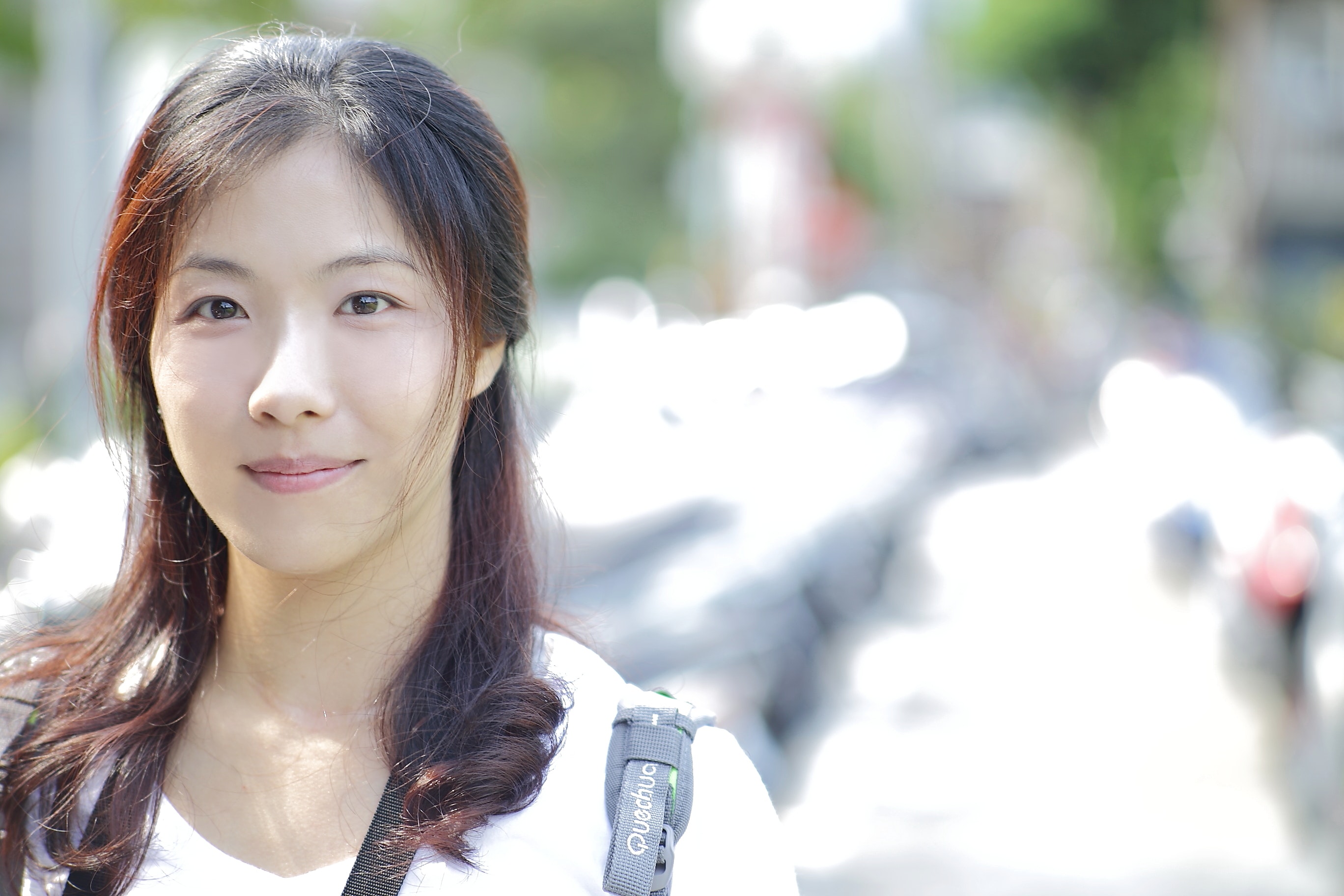 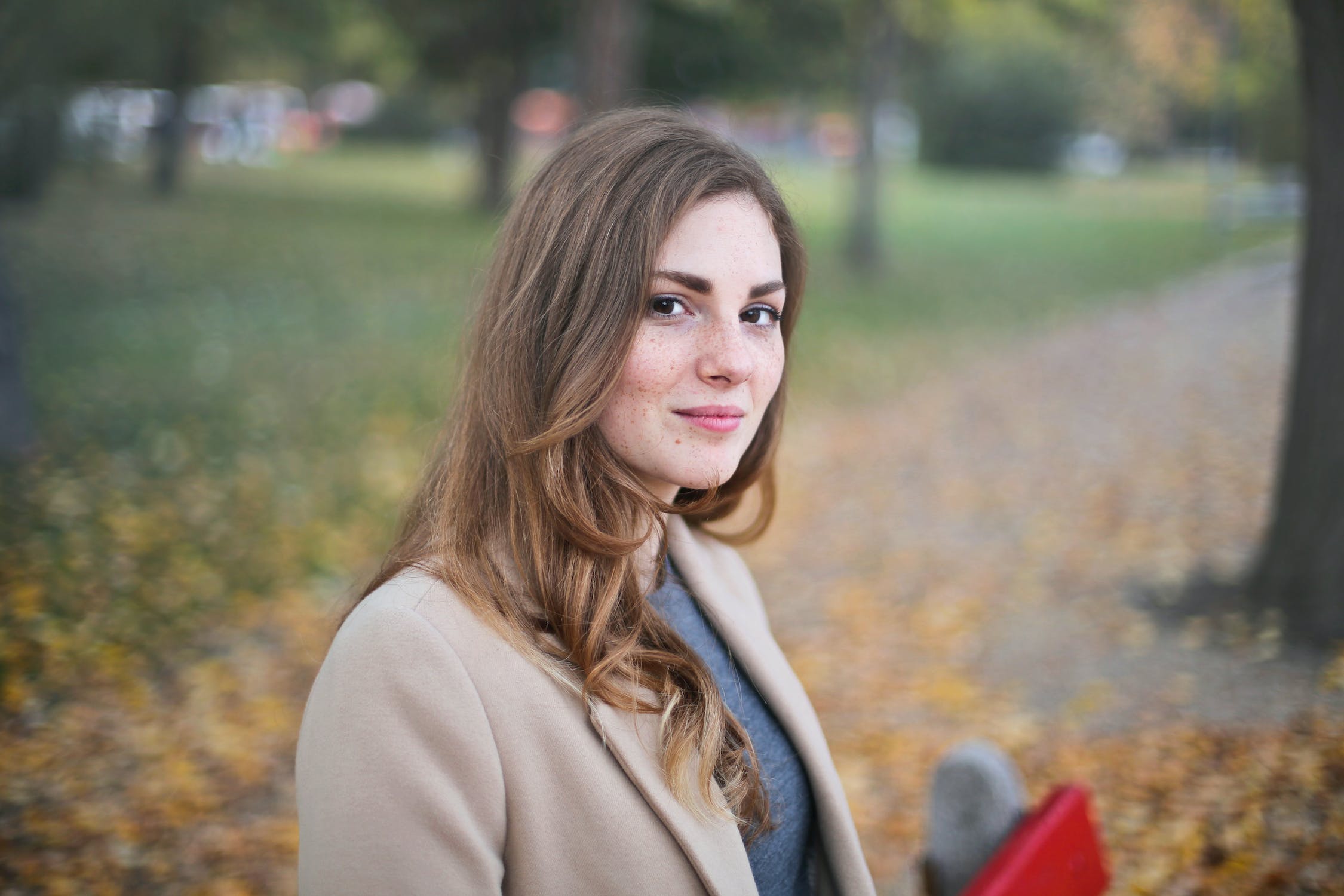 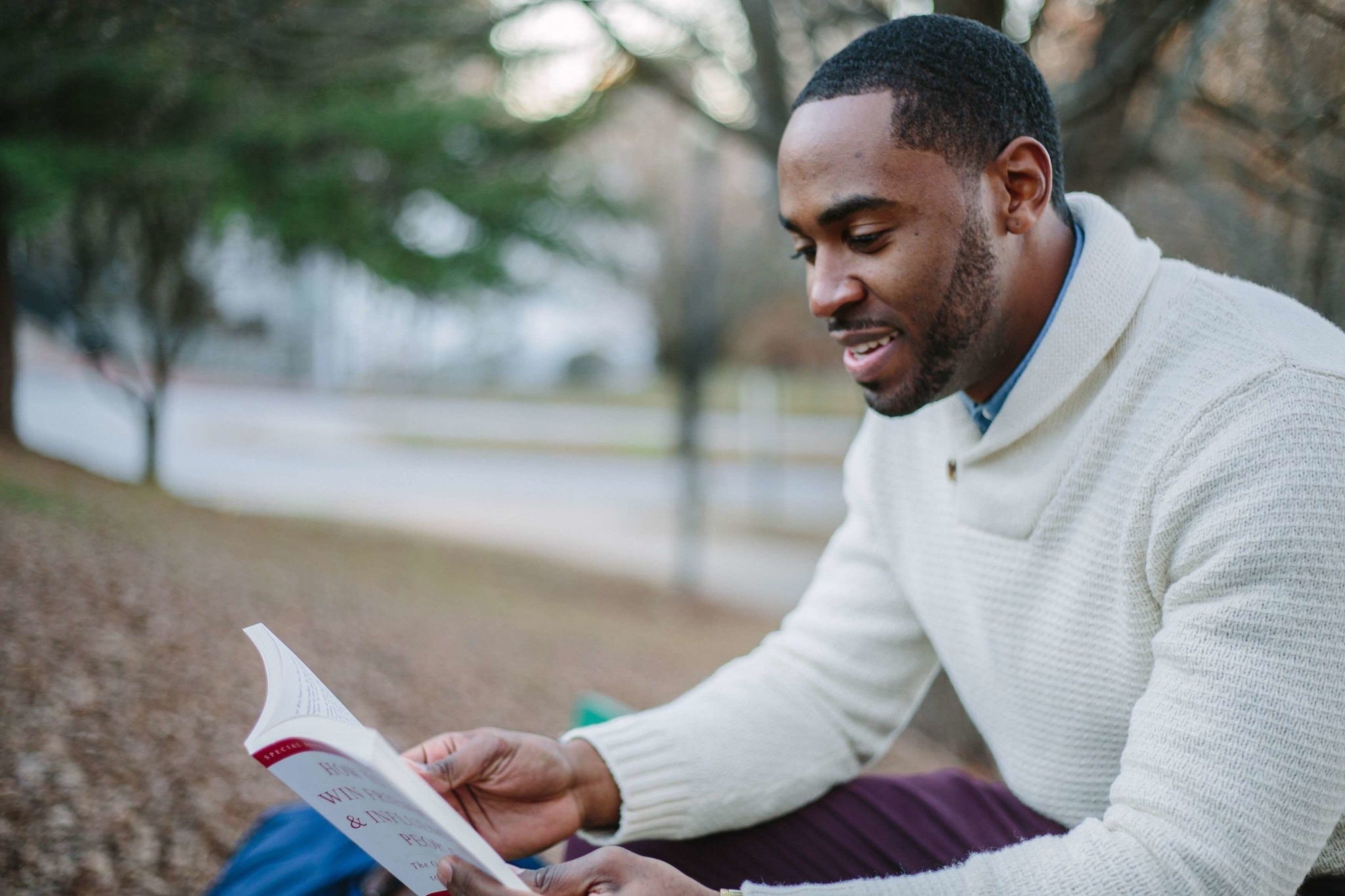 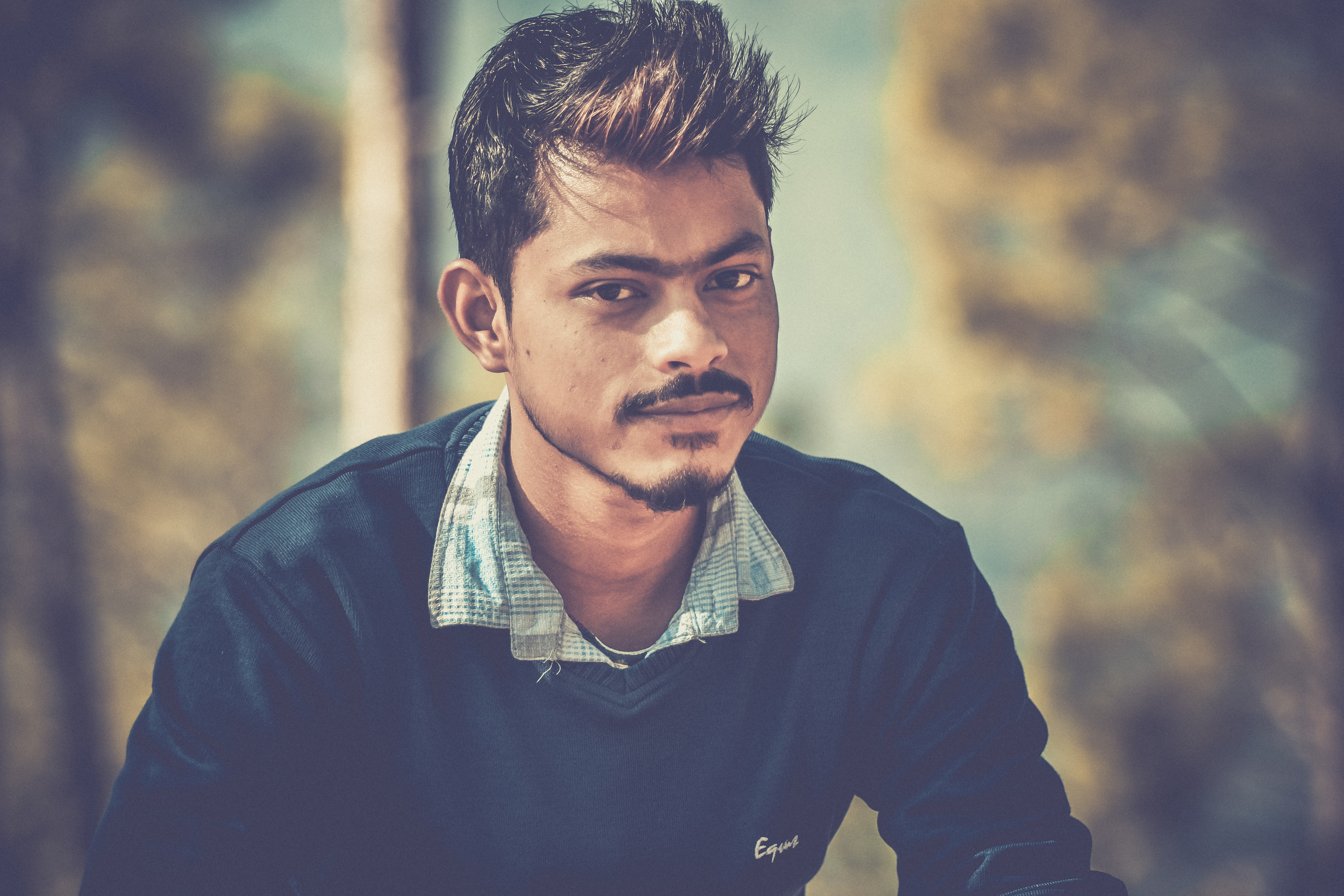 Since the organization of information on the website was an issue brought up in our personas, we wanted to take a look at the persona use cases and see:

The person icons indicate the ending page for each of the personas' navigation paths.

We wanted to make sure that all of our personas, especially the international students, could access their information quickly without having to read a lot of text. So we restructured the site to facilitate the access of information from the use cases, (the information that they desired most).

Since students are the majority of the user population, we made sure that all of the information that they need is within the “Academics” section because that’s where they tend to look first (based off of our interview observations). To do this, we regrouped and added some relevant pages to the section. Previously, academic information was scattered outside of “Academics” in sections like “About” and “Programs & Services”. Now, more relevant information is in the section, and as seen in the revised sitemap, more students’ use cases fall in “Academics”.

We also wanted to include multiple paths for users to reach their desired page. This way, no matter what the user navigation decisions, users can reach their destinations more quickly.

Creating layouts based on user goals and UCD web patterns.

After inserting, removing, and rearranging pages on the sitemap the designers could start sketching new website layouts. As we sketched and wireframed, we explored layouts that followed existing UC Davis website patterns, but also entertained new ideas that could help the UWP website establish its own unique character.

During the wireframing process, we decided that using more modern UC Davis website’s design patterns would be the best layout choice for several reasons:

Examples of websites with modern UC Davis patterns would be the UC Davis home page and the Cross-Cultural Center website.

After finalizing the ideas generated in the wireframes, we built our prototype. This prototype contains the pages relevant to each of the use cases since we would use it for subsequent usability tests.

You can access the raw Adobe XD prototype here.

Or you can click on the screen and interact with the prototype below.

Measuring our redesign's success rate for each use case.

For each of the personas, we were able to find 5 people that were willing to help us test out the prototype. A success was measured if a user could get to their target page without pressing any wrong navigation links. Here were our results:

Opt out of UWP requirements

Find information on the ELPE

Went to “Academics” “Prerequisites” instead of “Internships”

Went to “Academics” instead of “Resources”

Although the usability tests were only a small sample of the user population, we found the results promising. There were 2 failed trials with one professor and one UWP minor, but both were able to find the information that they needed soon after.

After the usability tests, the team used a Powerpoint and Functional Specification Report to present our process and results to key stakeholders in the UWP department. They liked our ideas, however, they also explained to us that the department was facing internal debate. The webmaster, (who was not present at our presentation), is the person in charge of making changes to the site. Even though most of the department demands change, the webmaster seems to have a lot of leverage in his insistence to keep the website the same. Their intent was to use our user research and redesigns to show the webmaster how problematic the website experience actually is.

There could be a number of reasonable explanations of the webmaster's attitude towards this ongoing discussion:

Regardless, it’s a little bit disappointing to see progress hindered by matters that hadn't considered. Nevertheless, I am grateful for this complication, because there are lessons here that a lot of students don’t get to learn about in more ordinary projects.

Persuasion is as important as the design itself when considering implementation.

What I've learned: Beyond implementation limitations and the quality of your design deliverables, people still need to be persuaded to invest in your ideas. I need to work on my use metrics and verbal communications to enhance my ability sell ideas.

In an effort to understand where the webmaster might be coming from, and to understand how UC Davis websites are implemented, I talked to one of my friends who works as an Web Design intern for the UC Davis School of Argiculture.

He informed me that the university uses a tool called Sitefarm to build it's websites, which houses templates and assets for creating sites, so a redesign that follows existing UC Davis patterns would be made easier through that resource.

Nevertheless, he estimates that with all of the information that would need to be migrated from the old website, the effort could easily take between 1 and 2 months.